Providing
support
BY
standing
together 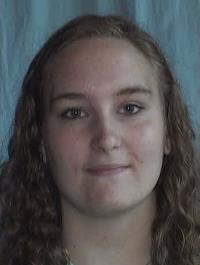 (Fort Worth, Texas) – The Tower Family Foundation and NATE: The Communications Infrastructure Contractors Association (NATE) today jointly announced that Elyse Massey, a junior Civil Engineering major from Evansville, Indiana, has been named as the 2017 recipient of the Ernie Jones Memorial Civil Engineering Scholarship at the University of Evansville in Evansville, Indiana.Through her time at the University of Evansville, Elyse Massey has been extremely active in both the student chapter of the American Society of Civil Engineers (ASCE) and with the Aces Steel Bridge team. Massey currently serves as the secretary of ASCE and is the captain and lead designer for this year’s bridge.

“Elyse is an extremely hard worker, dedicated to any task put before her and is sincere and honest in her dealings with the people around her,” stated Dr. James Allen, Associate Professor of Civil Engineering at the University of Evansville. “The faculty and staff believe that Elyse represents the qualities of the individual that NATE and the Tower Family Foundation wishes to honor with this award,” added Dr. Allen.

The official announcement was made at the NATE Awards Luncheon during the annual NATE UNITE 2017 Conference in Fort Worth, Texas.

Ernie Jones passed away tragically in October of 2015 while inspecting a tower in Oklahoma City, Oklahoma. Ernie was a structural engineer who worked in the broadcast tower industry for 30 years. During his career, Mr. Jones served as a Professional Engineer and President of Consolidated Engineering, Inc. and a Vice-President of Structural Engineering at Electronics Research, Inc. Ernie was also a participating member of the TR-14.7 Committee of the Telecommunications Industry Association and Electronics Industry Association since 1986 where he assisted with writing and approving the ANSI-TIA/EIA 222 Standard which is the American National Standard for Steel Antenna Towers and Antenna Supporting Structures.

The Ernie Jones Memorial Civil Engineering Scholarship awards a $2,500 scholarship annually to a junior or senior level civil engineering student at the University of Evansville’s College of Engineering and Computer Science.